You are here: Home / SVTC Board Elections

Annual Board of Directors Election

The SVTC’s Board of Directors is divided into two groups, called classes, for governance purposes. Each year, the term of one of the classes expires. To prepare, the council (the members) holds elections in the spring of each year so that a new class of directors is elected and can be appointed by the board of directors before the end of the term on June 30th.

The spring 2019 Board of Directors election will concern class I of directors. The SVTC manages the nomination and election process via its Governance and Organization Committee, and all members, who are members in good standing on May 15, 2019, will be invited to vote. The term for the to-be-elected class I of directors will begin on July 1 and is 2 years long.

A summary of the process:

Listing of the full board of directors, and executive committee, 2018-19 (by class) (pdf)

Class I Candidates | Spring Board of Directors Election 2019

Chris’ entrance into the field of technological entrepreneurship came at the age of 16, when he launched an iPhone repair business. This venture diversified and expanded, becoming RVA Electronics- a wholesale electronics distributor in Richmond, VA. As he transitioned to college at JMU, Chris sought out more experience in the sector by working for 4-Virginia as Technology Assistant, and for JMU X-Labs as an Innovation Facilitator. In these roles, Chris set-up and managed telepresence systems across campus, and created various innovative and entrepreneurial opportunities for students at JMU. Some opportunities Chris helped to launch include JMU’s annual Bluestone Hacks hackathon, weekly pop-up courses at JMU X-Labs, as well as the JMU cohort of University Innovation Fellows. Additionally, Chris served as a two-term president of JMU’s Society of Entrepreneurs and sat on the Board of Advisors for the Center for Entrepreneurship during his time as a student.

Upon graduating JMU in May 2017, Chris co-founded Hydra Systems Corporation, designing and building large format industrial 3D printers for small to mid-scale manufacturers. Hydra System’s leadership team participated in the JMU Summer Startup Accelerator, developed and built three generations of machines, pitched in multiple competitions around Virginia, and brought on an angel investor. While heading Hydra Systems, Chris co-founded Collegiate Customs as a side-venture. Ultimately, he left Hydra Systems in early 2018 when Collegiate Customs experienced unforeseen growth and demanded his full attention. Since then, the company has renovated a warehouse here in Harrisonburg, and screen prints custom t-shirts primarily for fraternities, sororities, and other collegiate organizations. Chris is focused on continuing to grow his company’s market share, and is expanding its e-commerce sales model to 15 additional schools this summer.

Joanna Bergdoll (*) | Immerge
Joanna Bergdoll is a people and relationship-centered person who brings over 15 years of diverse and extensive experience to her role as Director of Operations at Immerge. She leads the entire Immerge team to achieve unrealized potential in all of their projects. And she brings excellent leadership to the people and projects she works with.

Joanna began her career in technology as a technical writer, writing instructions for many different types of software and hardware for Fortune 500 companies and government agencies. In order to do this successfully, she taught herself to use the systems and test every step for the guides she wrote.

Later, Joanna moved into an Office Administrator role for a web design company where her role overlapped with customer service. This role expanded her knowledge of the web and using the skills she developed as a technical writer she learned how to use the Joomla content management system and trained clients on how to update their websites.

While Joanna came to Immerge as an office administrator it was through her willingness to teach herself and her years of experience with technology that helped her climb her way into her role as a director. Joanna is dedicated to seeing her company, as well as her team, grow by developing new services and improved processes. Her years of experience with customers has made her an extremely patient, empathetic leader who focuses on the relationships Immerge is building both internally and externally.

Jay Guruswamy (*) | Cadence
Jay Guruswamy currently serves as the Director of Information Technology at Cadence, Inc., a contract manufacturing partner providing advanced products, technologies, and services to medical device, life science, and industrial companies. Cadence employs approximately 575 people with its corporate headquarters in Staunton, Virginia and additional manufacturing locations in Connecticut, Pennsylvania, Rhode Island and Wisconsin. Jay’s responsibility is to oversee the IT infrastructure and IT support at all the Cadence manufacturing facilities. Prior to joining Cadence in 2015, Jay served in various information technology roles in several different organizations – Virginia Panel Corporation, Genworth Financial, GE Financial Assurance and GE Industrial Systems. His background also includes several different roles at Radford University – Academic computing administrator and Assistant professor of Computer Science. Additionally, Jay served briefly as the lead software developer for a multimedia software development company in the late 1990s.While at GE, Jay also worked in a “Six Sigma Blackbelt” role where the responsibility was to apply DMAIC methodologies to improve processes by reducing variation. Jay’s educational background includes a Bachelor of Engineering degree in Mechanical Engineering from the University of Madras in India, Master of Science in Aerospace Engineering and a second Master of Science in Computer Science, both from Virginia Tech in Blacksburg, Virginia. Jay has a PMP certification from the PMI. Jay is also active in the Blue Ridge CASA and the Shenandoah Valley Contra Dance community organization.

Douglas Pascarella (*) |Dynamic Aviation
Doug Pascarella currently serves as the Director of Information Technology for Dynamic Aviation Group located in Bridgewater, Virginia a provider of modified aircraft and services to commercial and government clients. In this role, Doug oversees the IT infrastructure, communication, system development and Integration, and general IT support activities for over 700 employees. In addition to his IT responsibilities, Doug is a member of the senior leadership team working with his colleagues in advancing the mission of Dynamic Aviation. Prior to his current position, Doug has spent time as an independent consultant and in various IT leadership roles for JD Power, National Automobile Dealers Association, and other organizations. Doug received his Bachelor of Science in Computer Science from Clarion University of PA and his Master of Science in Management Information Systems from The George Washington University. In his spare time, Doug conducts online technology courses for the University of Phoenix. He resides in Port Republic with his wife Kate, 11-year-old daughter Madison, and 9-year-old son Jonathan.

Kurt Paterson (*) | JMU College of Integrated Science and Engineering
Kurt Paterson believes technology can powerfully benefit people, and our businesses, communities, and planet. At the heart of these differences is a well-educated, technologically literate workforce and populace. Kurt has been a national advocate of high impact engineering education in higher education for nearly 25 years and in that pursuit, has served as a director and officer on a number of non-profit advisory boards. He is an award-winning volunteer, scholar, and educator. Kurt currently serves as Head and Professor of JMU’s Department of Engineering, and was attracted by its focus on creating agile, empathetic, interdisciplinary, design-focused, industry-ready engineers. He received his B.S. in Mechanical Engineering, M.S. in Environmental Engineering, and Ph.D. in Civil and Environmental Engineering, all from the University of Iowa. He has worked at several universities domestically and abroad, and has conducted engineering work in every continent. He brings the best lessons from communities around the world to his daily life and work in the Shenandoah Valley, which has been a wonderful home to Kurt, his wife, and daughters for the past six years.

Ed Pease | Blue Ridge Community College
Edward (Ed) Pease is the Chief Information Officer for Blue Ridge Community College. He has 37 years of experience in the Information Technology field. He earned his B.S. degree in Psychology and Sociology from Bridgewater College and an MBA from James Madison University. In 2009, he earned his Project Management Professional certification qualifications from Villanova University and is a current PMP and member of the Washington D.C. chapter. In addition he is an active member of the Institute of Electrical and Electronics Engineers (IEEE).

Ed started his career as the Service Manager for Computer Works Inc. He then moved to James Madison University as a Personal Computer technician responsible for deployment and maintenance of personal computers. Four years and 1000 personal computer installations later, he began a 21-year career at Merck & Co., Inc. His career cumulated with being responsible for the automation of 7 factories and managing a 6.0 million dollar capital budget and a 2.5 million dollar operating budget. Retiring from Merck in 2009, he moved to Dynamic Aviation as IT Manager where he was responsible for transitioning the company to an enterprise state-of-the-art technology level company. In 2016 he moved to his current position as Chief Information Officer of Blue Ridge Community College.

He lives with his wife, Beth, in Harrisonburg and has two grown children, Jessica and Ashton. He enjoys teaching as an adjunct faculty at Blue Ridge Community College, and volunteering for community events. His hobbies include Scuba Diving, Salt water and tropical fish collecting and financial planning.

A Valley native, Ron Perry has a broad background in research, engineering, development and technology, including robotics, media production, technology education, telecommunications, and entrepreneurship. Having started two CAD/CAM/graphics companies, he developed and taught the Advanced Technology program for the Shenandoah Valley Governor’s School, including a very successful electric vehicle racing program. In 1995 he started CFW­-Ntelos’ Internet services business unit, followed in 2002 by the launch of grep Innovation LLC to provide technology strategy, web and software development, information security and forensics, UNIX wrangling and creative services. Along with grep’s client projects he currently concentrates on a variety of technology startups. An SVTC co­founder and past vice­-chair, Ron is a volunteer and advisor for a variety of organizations including Blue Ridge Community College, the Wildlife Center of Virginia and Wilson Workforce and Rehabilitation Center.

Greg St. Ours | Wharton Aldhizer and Weaver
Greg St. Ours and his wife, Deb, left Fairfax County and his job with a large downtown D.C. law firm to raise their 4, and ultimately 8, kids in the Valley and joined Wharton Aldhizer & Weaver, a full service commercial, intellectual property, and litigation law firm.

Nick Swayne | JMU X-Labs; 4-Virginia
Nick Swayne is the Executive Director of 4-Virginia, the 4-VA Campus Coordinator at JMU, and faculty in Learning Technology and Leadership Education at James Madison University. In his capacity as Executive Director, he leads the collaboration of the six partner institutions (GMU, JMU, UVA, ODU, VT, VCU) in meeting the mission to promote collaborations that leverage the strengths of each partner university and improve the efficiency and economic impact of higher education across the Commonwealth. He is a retired Army officer with 26 years of service, the founder of the JMU X-Labs, faculty advisor for the University Innovation Fellows, the Executive Director of Virginia-DC FIRST LEGO League, co-chair of the Veteran Scholar’s Task Force, co-founder of the Harrisonburg Regional Veterans Collaborative, a doctoral candidate in the School of Strategic Leadership (ABD), and is serving in his third term on the Harrisonburg City School Board.

Keith Waters (*) | Chiedo Labs
Keith Waters currently works as a Full Stack Developer at Chiedo Labs in Harrisonburg, Va. As a developer, he leads a team creating web apps with React.js, Node.js, and MySQL for companies in the Shenandoah Valley. Before Chiedo Labs, Keith has owned his own home improvement business, managed an Outdoor Adventure Center, and sold vacuums door to door. He received his Bachelors Degree in Recreation, Parks, and Tourism from Radford University.

(*) Candidate is new to the board 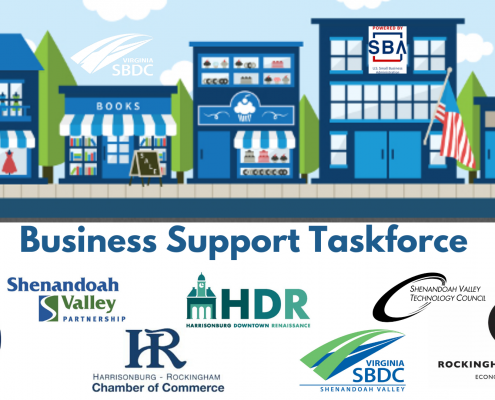 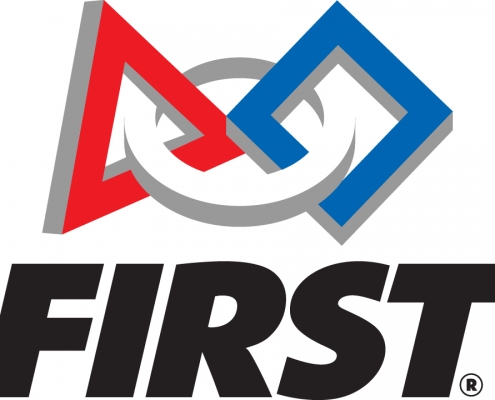 October 11, 2018
The Center for Innovative Technology (CIT) today announced that it has hired Tracy Tynan as the new Director of the Virginia Center for Unmanned Systems. Tynan joins CIT with more than 15 years of economic and community development experience in Virginia.
https://svtc-va.org/wp-content/uploads/2018/01/cit_logo_highres-web.png 864 1881 Lina Akopov https://svtc-va.org/wp-content/uploads/2017/12/svtc-white-300x132.png Lina Akopov2018-10-11 12:18:202018-10-11 12:19:49Tracy Tynan Joins CIT as Director of Virginia Center for Unmanned Systems 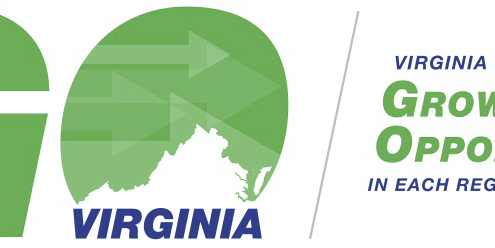 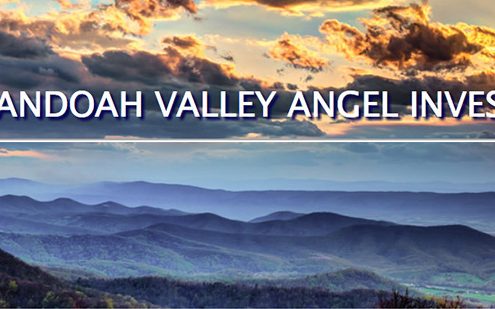 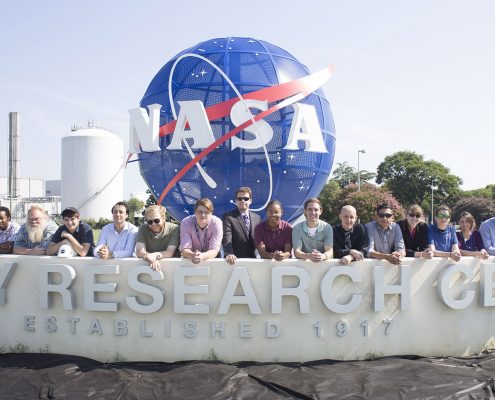