Register for the joint annual SVTC & HRCC annual pre-legislative forum as we discuss the recent election results and what that means for the upcoming Virginia legislative session. Our area’s legislators have been invited, and we will hear from two well-informed speakers, Nicole Riley, Virginia director of the Small Business Association, and Kyle Shreve, Executive Director, of the Virginia Agribusiness Council

Nicole Riley is a native of Augusta County and holds a bachelor’s degree in political science from Roanoke College.

She was appointed state director for NFIB Virginia in 2011.  As State Director, Riley represents the interests of NFIB Virginia members before the General Assembly, the Governor’s Office, and state agencies as well as serving as the organization’s media spokesperson.  Riley oversees NFIB’s grassroots activism, political involvement, and member development efforts throughout the Commonwealth.

Prior to her appointment, she previously worked as a contract lobbyist in the Richmond office of Eckert Seamans Cherin & Mellott LLC.

She also served as Special Assistant for Legislative Affairs for former Attorney Generals Jerry Kilgore and Bob McDonnell.  She began her career as a Legislative Assistant to Delegate Steve Landes. 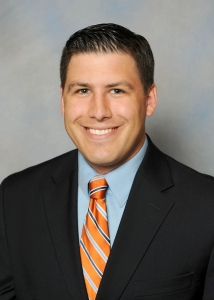 Kyle Shreve currently serves as the Executive Director for the Virginia Agribusiness Council, where he represents the Council’s diverse membership of businesses in both the agriculture and forestry industries. He holds a decade of trade association experience including representing the International Dairy Foods Association, Virginia Retail Merchants Association, and the Virginia Association of Health Plans.Kyle is originally from Pennsylvania and received a Bachelor of Arts degree in Political Science and History from The Pennsylvania State University. He moved to Northern Virginia in 2008 to begin his six-year tenure at the International Dairy Foods Association, focusing on legislative affairs at the federal level.Soon after receiving his Master of Professional Studies in Political Management from George Washington University, Kyle moved to Richmond to work with the Virginia Retail Merchants Association as the Director of Government Affairs. He served in the role of Director of Policy at the Virginia Association of Health Plans prior to transitioning to the Virginia Agribusiness Council in May of 2018.  Kyle lives in Midlothian with his wife Christie and their sons, Bennett and Connor.

Directions and Parking:
Use JMU’s large parking lot F (near the football stadium). (Should it be full, choose P lot.) JMU Parking map: https://www.jmu.edu/parking/_files/parkingmap.pdf. From F lot, walk 1 minute to Hartman Hall, 421 Bluestone Dr, it looks like this: Hartman Hall). Hartman Hall is next to Showker Hall; the Forum (rm #2021) is a large room on the 2nd floor.

Direct link to register and pay (via the HRCC) 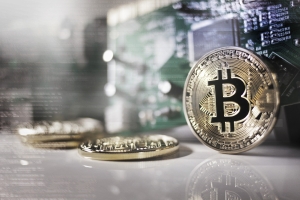 Exploring Bitcoin Mining and the fundamentals of Digital Gold

Renewable energy, hedging against fiat currencies, HODL’ing, Proof of Work (POW), and preventing wasted flare energy from hurting the environment. These topics tend to be some of the most popular narratives surrounding the controversial topic of Cryptocurrency Mining. Join Scott Hancock, co-founder, and chairman of the board of Specter Mining, a leading distributor of blockchain and cryptocurrency mining computers headquartered in Harrisonburg, Virginia to get deeper into this fascinating topic. 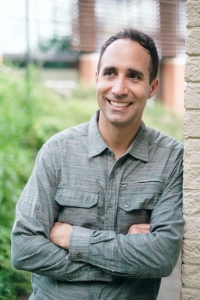 About Scott Hancock: With more than 15 years of experience in driving revenue for high-tech start-up businesses and technology resellers, and after 4 years of being in the cryptocurrency mining industry, Scott Hancock believes he figured it all out.  Upon graduating from Christopher Newport University with a Political Science degree in 2006, he randomly pivoted into selling traditional data center equipment and services in Orange County, CA.  Scott learned of Blockchain and Bitcoin in 2011 but did not develop a significant interest in them for a few more years.  In 2017, Scott first began to think of coins like Ether and Bitcoin as a possible investment strategy.  As his interest continued to grow, he realized he had the fundamental skill set to begin selling these more exciting computers and related services.  Some have compared this new frontier to the Wild Wild West, and Scott found out for himself that’s exactly what it is.

Scott moved to the Valley from downtown Denver about 2 years ago to be closer to his (6 year old) daughter Adeline, and is excited to share his experiences and knowledge from the Crypto Mining industry with the Shenandoah Valley tech community.

This luncheon will either be held at the Wood Grill or via Zoom, and/or we may create a hybrid where some of us gather in-person and we’ll stream the presentation portion.

Let’s take the pulse on this. Short and sweet: Send your opinion on gathering in-person vs. remote or streaming for the SVTC Dec 2021 and Jan 2022 luncheons?

We will open registration for the luncheon once we know how everyone thinks. (early Dec.)